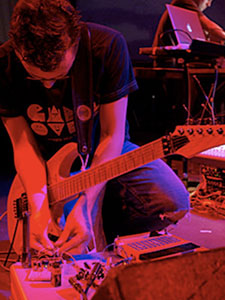 Artressa Phunding is pleased to announce and to welcome the Fall 2010 Featured Music Lecturer, Dr John Ferguson, who has just recently taken up an appointment in the Music Department at Kingston University.

While Artressa sincerely hopes that Dr Ferguson's tenure at Kingston will be a pleasant and productive experience, both for himself as well as for the students in the department, she is quite concerned about what she has learned about Dr Ferguson's basic musical skills.

Although no fault can be found with Dr Ferguson's decision to become the kind of musician he has become, one wonders how and why Kingston University decided to hire Dr Ferguson to teach music at the university level to students, who have presumably entered their programme of studies with at least good basic musical skills.

One of the most elementary and vital musical skills for a student to acquire PRIOR to entering university, where they will be expected to start out with a substantial level of musical understanding in order to achieve professional level mastery by the time they graduate, is the ability to read notated music.

According to a reliable inside source, when Dr Ferguson was asked to teach a Kingson Music module that requires music reading skills, he politely declined the request, citing the fact that he is unable to read music! 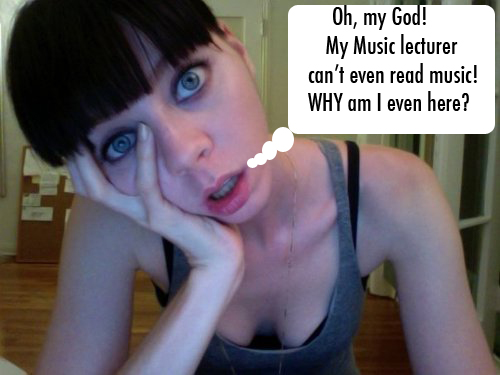 So what modules does Dr Ferguson actually teach where he is not required to know how to read music?

Artressa does not know the answer to this question, however, she has obtained information about how it is that Dr Ferguson makes it through his daily lectures with this obvious disadvantage.

Through careful surveillance and a certain degree of remuneration of unnamed sources, Artressa has obtained a copy of Dr Ferguson's "secret weapon," a highly sophisticated musical tool, which he apparently uses with considerable finesse in order to stay one step ahead of his students: 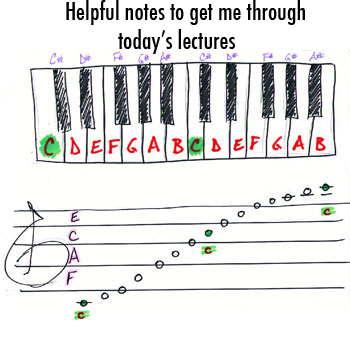 Artressa will not attempt to figure out how it is that Dr Ferguson managed to earn a PhD in Music without knowing how to read music fluently, however, she wishes to alert current and prospective students to the fact that according to this reliable source, Dr Ferguson continues to teach music to undergraduate and, presumably, postgraduate students at Kingston University without himself possessing this crucial musical skill.

So You Wanna Be A Producer?