Facts and Figures
about
Kingston University 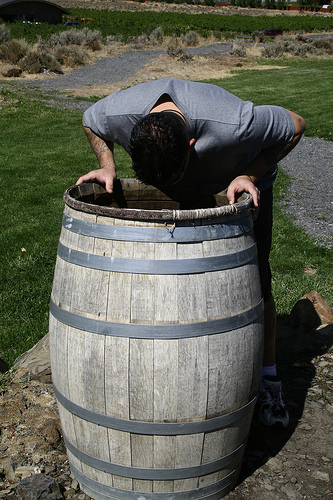 Thinking about working or studying at Kingston University's Music programme?
Know the FACTS before you make that commitment...

 Out of 72 Music programmes, Kingston University's Music programme came 66th in the 2011-12 League Tables
 Its overall level of student satisfaction has continued to decline each year.

David has passed your email about Kingston University's employment tribunal expenditure on to me. The university disputed the figures they themselves submitted in response to the FOI request, and have now taken over two weeks to get back to us with what they say are the accurate figures. See their attached statement.

They now say they spent £635,165 on the six employment tribunals, including legal expenses from court action linked to your case.

They say nearly three quarters of this relates to your case - nearly half a million pounds. This is the roughly the equivalent to the tution fees of 150 undergraduates, or double the total amount of bursaries offered to international students.

What do you think about this? Are you surprised by this figure? Do you think it was money well spent?

Thank you for your email.

I am most disappointed, but not entirely surprised to learn of the enormity of sums expended by Kingston University with respect to legal costs.

At a time when the government is cutting funding to most higher education institutions, and during a period of economic recession, itappears to me that Kingston University is more concerned with protecting its reputation and that of its senior management than it is with achieving its mission of providing access to high quality education for its students.

The amounts spent by the University to pursue unsuccessful and misconceived legal action with the World Intellectual Property Organisation against a disabled and unwell former staff member, and to defend against legitimate claims in the Employment Tribunal, lodged in response to what I experienced as a culture of bullying and discrimination, could have been much better spent on improving academic standards, on improving the health and well being of staff, and most of all on providing financial support to deserving and well-qualified students in order to enable them to achieve their full potential.

I understand that the University plans to increase the use of voluntary severance programmes for staff members at a time when student numbers are increasing.

In my view, that can only lead to increased stress levels for remaining staff and a reduction in the quality of academic experience for students.

This unfortunate state of affairs could have been mitigated had the University responded positively to staff concerns instead of attempting to cover up the University's shortcomings by spending disproportionate sums of public funds on legal costs to silence matters of wide public interest.

The figure quoted gives you the amount spent on legal fees incurred in relation to employment tribunals, but also includes those fees incurred due to a court action that was linked to one of these tribunals. We have been unable to remove the cost of this court case as we have changed solicitors since the action was taken, and have not been able to access this information.

Please accept my apologies for the delay in getting this information to you, it has been a very complicated process and I wanted to be certain that I was providing you with the correct information. Unfortunately we have discovered that there were inaccuracies in the figures supplied in response to the original FOI request due to complications related to academic, financial and calendar years. I want to thank you for bringing this to our attention, we have now been able to supply this updated information to the person who submitted the original FOI request.

With more than 2,000 staff and 23,000 students, Kingston is one of the larger higher education institutions in the country and takes its responsibility as an employer very seriously. To this end the University is committed to ensuring that due process is followed in relation to all employment matters.

During the three years from January 2007 to December 2009 the University incurred legal fees in relation to six employment tribunals. It also incurred legal expenses due to a court action linked to one of these tribunals. These totaled £635,165. Nearly three-quarters of this amount relates to one long-running case, which the employment tribunal struck out earlier this year.

The above statistics reveal that during the period of 2005-08, 36% of the dismissed staff were members of ethnic/religious minorities and 18% were non-British born.

In addition 13 staff terminated employment through compromise agreements during this period. How many of them were members of ethnic/religious minorities, and why did they agree to leave? Was it because they, too, were facing dismissal?

What does this suggest to YOU about Kingston University's committment to promoting mutual understanding among people from diverse backgrounds?

The above statistics reveal that of the 36 grievances filed since 2005 alone, 13 were upheld at the initial level of the Personnel Director. Of those 13 which were upheld, 11 represent a single collective grievance against Dr Howard Fredrics that was treated by the University as 11 individual grievances. Of those which were not upheld, 12 were appealed to the level of the Vice-Chancellor.
NONE of these appeals were upheld (save one, which was partially upheld, but without remedy)

Of the many staff members launching grievances SINCE 1998, which were appealed past the level of Personnel Director to the Vice-Chancellor and/or Board of Governors, only 2 staff members remain employed by the University.

How many grievances were actually filed since 1998? (the University has refused to provide this information.)
What happened to all of these employees who appealed their grievances?
Did they all leave on their own free will, or were they forced out or dismissed?

FACT: Kingston University
Has Been Found Guilty
of Misconduct Towards Its Workers

Kingston University dismissed senior lecturer Agi Oldfield unfairly, giving her an ultimatum to "resign or be sacked" after she made informal complaints of harassment against her line manager and complained about breaches of her contract, a tribunal has ruled.

Ms Oldfield, a principal lecturer at the school of human resources management, resigned from Kingston, but the South London tribunal ruled that she was constructively dismissed. The university "repudiated" her contract by giving her the ultimatum, said the tribunal chair, Mr I. S. Lamb, in his judgment.

In late 1997, Ms Oldfield complained orally to David Miles, dean of the business faculty, saying she felt harassed and bullied by her line manager, Christine Edwards, who had questioned Ms Oldfield's competence.

The tribunal did not adjudicate on the allegations and counter-allegations between Ms Oldfield and Professor Edwards, but found that the difficulties were handled badly, at the expense of Ms Oldfield's career.

The university repeatedly asked Ms Oldfield to withdraw her allegations, she was assigned a new line manager and removed as an MA course director. In June 1998, Ms Oldfield brought a formal grievance, saying she had been "summarily removed" as course director of an MA in breach of her contract.

"The considerations of the continued employment of Ms OldfieldI her role and job title, responsibilities and pursuit or withdrawal of the allegations against Professor Edwards, wereI overlapping with each other," said Mr Lamb in his written judgment.

During the grievance hearing Ms Oldfield was told by personnel director Elizabeth Lanchbery - criticised by the tribunal for being "underhand" - that if the issues could not be resolved, Ms Oldfield might have to be "sacked", Mr Lamb said. Ms Oldfield's grievance was rejected and rejected again at appeal by vice-chancellor Peter Scott.

In October 1998, Ms Oldfield was offered a job at Surrey University, despite an "unfavourable verbal reference from somebody at Kingston", the tribunal said. "By then, Ms Lanchbery had said to Ms Oldfield that it would be best if she accepted the position, because unless she resigned, she would be sacked," said the judgment.

Mr Lamb said: "Up to September (when the job at Surrey came up) Ms Oldfield was pursuing the internal grievance procedure. As she did so, there was a gradually deteriorating background state of affairs relating to her relationship with Christine Edwards, in particular the factor that Christine Edwards questioned her competence.

"(Ms Oldfield) was constantly told to withdraw her allegations, although she was not formally pursuing them... We accept the evidence that the final straw in the course of events was the statement by Ms Lanchbery that the applicant should resign or be sacked," he said.

The university believed "there had been a breakdown of relationships and that Ms Oldfield was behaving unreasonably", said Mr Lamb. "The university did not act reasonably in treating that as a sufficient reason for dismissal.

"What (Ms Oldfield) had done was to pursue the grievance procedures... as she was entitled to do. She was willing to record that she was not pursuing her complaints against Christine Edwards. The university's responsibility in that situation was to find her alternative responsibilities commensurate with her position as a principal lecturer. Instead it adopted the 'take it or leave it' attitude...

The tribunal decided unanimously that Ms Oldfield's complaint of unfair dismissal was "well-founded".

A remedies hearing will be held next month. The university said it could not comment until the case was finished.

Newly obtained information shows that Prof Winstanley, who was later allegedly found to have committed suicide due to workplace stress, and Prof Woodall had lodged complaints for Sexual Discrimination and both won claims against the University at an Employment Tribunal.

Further details of this case will be posted on this site in the VERY near future! 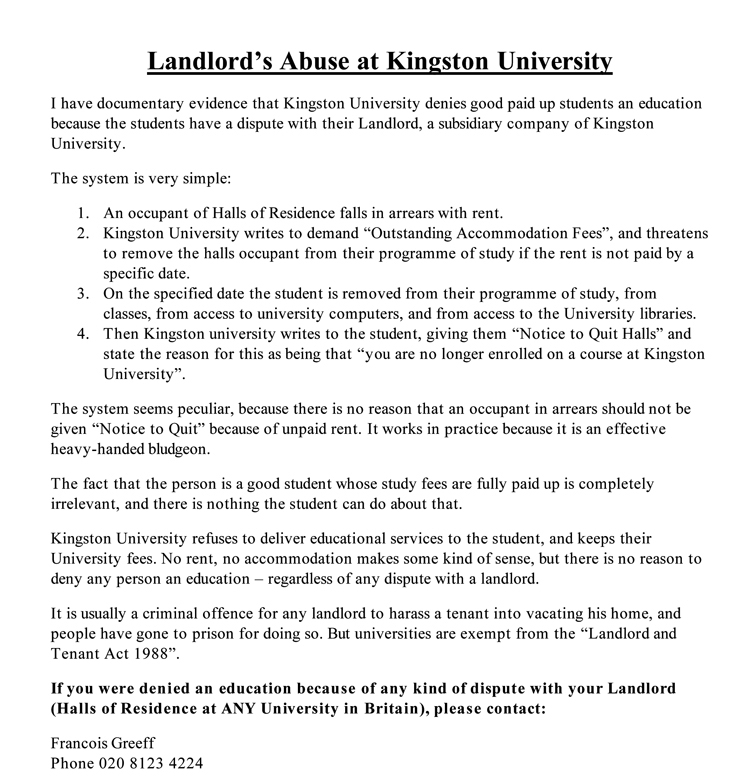